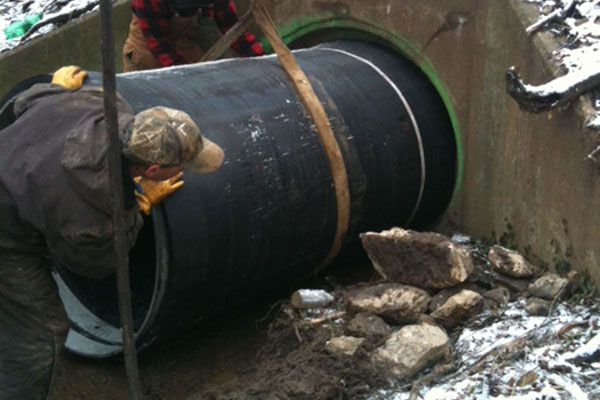 A Louisville, Kentucky, neighborhood was plagued by unpleasant odors emanating from the community’s combined sewer system (CSO). Unwanted methane and hydrogen sulfide gases would build up in the collection basins of the CSO, causing the backflow of sewer odors that typically resulted in complaints from the public. The municipality had to find a more effective solution that would restore the flow capacity of the pipe and prevent sewer gas from escaping.

The municipality selected a 48” Tideflex® CheckMate® Inline Check Valve that could easily be installed without modifications to the structure. Its inherent design makes it most user-friendly and cost effective inline check valve on the market. In outfalls, storm water, CSO and SSO applications, the CheckMate® Inline Check Valve’s custom engineered, all-rubber unibody design prevents sewer system’s offending odors, while still allowing water to discharge as needed.