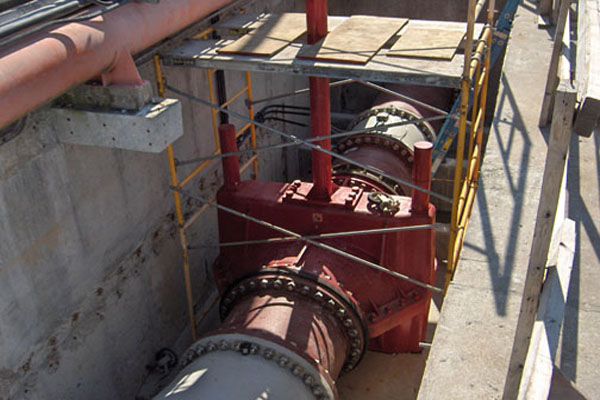 The City of Baltimore was in the process of improving its wastewater treatment plant.  As part of the upgrades, the city had to expand its enriched nitrogen removal (ENR) facility with improvements to the existing primary and secondary process treatment systems.

Red Valve assisted the treatment plant and consulting engineers with the design and selection of large-diameter Series 5200E Control Valves.  As part of the process, Red Valve provided a comprehensive reference list of other large-diameter users to support its technology. Red Valve is the only manufacturer that has the experience and ability to manufacture and deliver these large-diameter control valves.

The contractor needed to have the valves built in a very short timeframe. Red Valve was able to deliver (2) 36″ motor-operated Series 5200E Control Valves in 7 weeks, which was significantly better than the closest competitor who had quoted a 20 week delivery.  The Series 5200E Control Valves have provided a much more accurate and repeatable linear flow control, than the plug valves that were previously used by the wastewater treatment plant.  The control valves also have a much longer expected lifespan, which is critical in large-diameter applications.